From 'the sunlit plains extended' to Paradise

NOTE: All stories in this series on those who are buried at Paradise Cemetery in Zimbabwe can be followed via the links highlighted in blue below


This poignant memorial to just one individual can be found in the small town of Sea Lake in the heart of Australia’s wheat belt. It commemorates another young man who lies in the woodland of Africa in the Paradise Cemetery and far away from his home “on the sunlit plains extended” *. 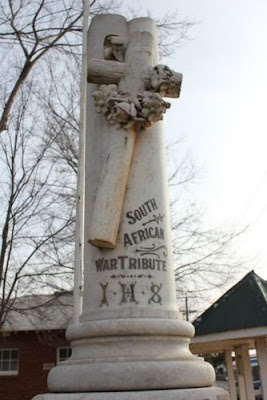 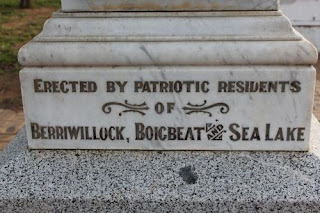 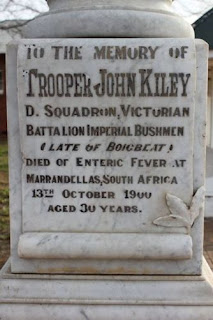 Private John Kiley, Trooper of the 4th contingent of the Victorian Imperial Bushmen, Service No. 418, lies either in grave No 2 or No 7, depending on which source you follow as per the ZimFieldGuide. As with others buried there, there is much confusion and even a mix-up with another trooper called Kelly, but the Australian Boer War records are pretty clear as to his name being Kiley. See the Boer War database. He is also officially commemorated at the Australian War Memorial in Canberra.

John Kiley was born in 1870, possibly in Garvoc, Victoria, the eldest of ten children born to Irish immigrants to Australia, Patrick Kiley (1846-1928) originally from Marlfield, Clonmel in Tipperary, and Annie Welsh (1845-1905) who came from Tuam, Galway. **

More information about John Kiley is found in the excellent and eye-opening work on the 3rd and 4th Victorian Imperial Bushmen, That Ragged Mob by Robin Droogleever, which tells the stories of Australian volunteers to the Boer War in considerable detail. What is particularly interesting - and at times almost disturbing - is the incompetence and mismanagement at all levels and general disarray that accompanied a good part of Australia’s contribution to the Boer War and led to irritation, outright anger and even ill-advised actions on the part of its participants. Commenting on any of this in depth is far from the remit of this blog which is purely a genealogical research project into a handful of individuals buried in one cemetery, but the book is highly recommended reading for anyone who wishes to study the topic in greater depth. Also, many of Droogleever’s sources are not available in the public domain and his book is invaluable in it is the only source of many photos and extracts of diaries and journals that have not been reproduced elsewhere and are still in private hands.

As our John Kiley never got to see active service, the fighting campaign detailed in the book is not relevant to him. The biographical entry matches most information available elsewhere with the addition of an actual birth date, religion and physical characteristics:

Boigbeat is in the Mallee, a region of sand and salt bush, with the odd scattering of red gums. Life there in the latter part of the 19th Century would have been extremely tough and challenging with droughts and dust storms and plagues of mice, rabbits and grasshoppers, but the Kiley family would have learned how to cope, to be self-sufficient and enterprising in order to survive and make some sort of success of it. He was probably an excellent horseman and used to roughing it outdoors in rugged terrain. Temperatures in the Mallee can be extreme, searing heat in the summer, frosts in winter. Even today, it can be a daunting environment for any soft city dweller. 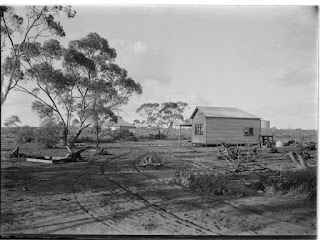 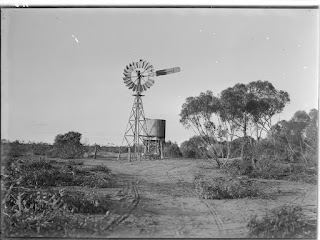 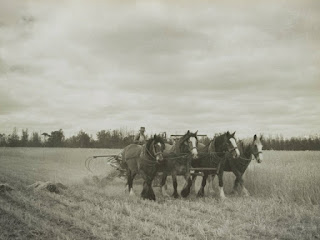 What made John Kiley, a Roman Catholic of Irish origins, give up his farming and decide to go a’soldiering on behalf of Queen Victoria is unknown, but the fact that his future commanding officer, Captain Joseph Dallimore, DSO, came from the Warrnambool area and that Kiley’s family had previously lived in Garvoc not far away hints at some possible link.

The selection process required physical strength, excellent riding and shooting skills and no doubt John would have passed these without difficulty. After training at “Australia’s Aldershot”, otherwise Langwarrin, the contingent and their horses sailed on the Victorian for Africa, arriving at Beira, Portuguese East Africa [Mozambique], on 23 May 1900.


In spite of earlier bad experiences, the port continued to be used for strategic reasons as it was the gateway to Rhodesia and the northern defence against the Boers to the south in the Transvaal.


Beira at that time was notorious, described by one traveller as “a fly-blown and wretched place built on sand” and riddled with fever due to the swampy malarial land behind it. Horses fell ill from diseases such as African horse sickness and glanders. Men who didn’t get sick from fever or dysentery and had too much time on their hands often got drunk or indulged in the usual attractions of a seedy cosmopolitan port with the inevitable problems with discipline.

Captain Joseph Dallimore was increasingly annoyed with the delay but by the time “D” Squadron was ready to move on from Beira he tells us that: “Two men, Alexander Gillanders [559] from Cargarie and John Kiley [418] from Boigbeat were left behind, having been sent to the hospital ship with fever.”

While John Kiley was on the hospital ship, his squadron embarked on the journey from Beira to Marandellas (approximately 190 km/118 miles) by train. On the way, men continued to fall ill, some of them dying and being buried at Bamboo Creek, the point on the railway where they had to transfer from the narrow Portuguese railway to the broad gauge one that had been constructed for Cecil Rhodes’ Chartered Company.

Today, Bamboo Creek is known as Nhamatanda. Traces of any Boer War burials there are likely to have long since disappeared - although if anyone reading this can enlighten me otherwise, please do get in touch.


The 4th VIB’s time at Marandellas was one of continued frustration and even boredom as some companies moved on while others, including “D”, were forced to stay behind awaiting orders.

At some point John Kiley caught up with them and on page 284 of That Ragged Mob, we finally discover what happened to him and the anger felt by his commanding officer revealed in comments from his diary, dated 14 October 1900.

"Dallimore had expected to be in Bulawayo by the end of October. As commandant at Marandellas he was in a position to act against what he saw as dreadful mismanagement of the Marandellas Hospital. His crusade came about as the result of the death of another Bushman, John Kiley, from Boigbeat, on 13th October:

‘He died from nothing short of neglect. He was sent into the Hospital ship at Beira and discharged because the doctor there wanted to close up and get away. He then went into the Umtali Hospital and discharged from there, although I believe he was looked after there. However, this hospital finished him and we buried the poor chap a few days ago. The treatment they get in some of the hospitals is disgraceful … Kiley was discharged from the hospital here as fit for duty, but as I thought he looked ill I asked for a report by two doctors. They reported he had a touch of fever and ordered him back again. The next night he was dying from pneumonia and no fever at all. He died at 1.30 in the morning and the hospital orderlies had a row and woke up all the other patients quarrelling as to who ought to remove the body. Next day I went in to see him put in the coffin and I found the lazy beggars had not even straightened him out properly … I’ll give some of them pack and shot drill until they won’t be able to stand up … They live off the medical comforts that are supposed to go to the sick and very often are too lazy to give a dying man a drink … As my men are getting ill I am having them invalided to Cape Town at once.' "


Although I have no personal connection to John Kiley, I did once linger beside his grave and wonder who he had been in life. Now, so many years later, at last I know a little about him. Reading Dallimore’s angry response to his ill-treatment in his last days on earth is enough to bring anyone to tears, but one hopes Kiley’s family would never have known anything of it.

While he neither faced the foe nor won awards for gallantry and his name remains wrongly spelled on his grave, there is some comfort that he was loved and remembered by all those he left behind in Australia who recognised his contribution in the memorial at Sea Lake where it can still be visited today.

Although quite a lot of men of the 4th Victorian Imperial Bushmen have photographs in That Ragged Mob, and there are many group photos in the book, there is none that points to John Kiley himself. However, this one shows the members of “D” Company and with a height of almost 6 foot, it may be he is one of the taller individuals at the rear.

Items belonging to John Kiley’s commanding officer Joseph Dallimore are in the Warrnambool Art Gallery. (Dallimore was tragically drowned with other family members off Cape Otway in 1905.)

Scapegoats of the Empire by George Witton


* From Banjo Paterson's poem "Clancy of the Overflow". "And he sees the vision splendid of the sunlit plains extended and at night the wondrous glory of the everlasting stars"

** Thanks to Ancestry member V. Fawcett for this family tree information.


All posts in this series on Digging the Dust

Posted by Regina of Arbeia at 3:39 PM