The “twins” of Waterloo

As more and more old newspapers become accessible online, these have become a treasure-trove for crazy folk like me who love nothing better than delving into the obscure, weird or wonderful stories from the past and then going off to try and find out more about the people involved. Sometimes there is much to be found, other times the trail goes cold.

A group of death notices and obituaries following one upon the other in the Carlisle Journal of 22 February 1845 provide a snapshot of a variety of people who had their 19th century equivalent of “fifteen minutes of fame” and for very different reasons.

This is the first of them. Normally, this story would be more pertinent to my other blog on women, The History Bucket, but is included here as a complement to the other lives that I will explore in coming months about this group of people from various walks of life who all happened to go off to meet their Maker around the same time in 1845.

Were twins born on the field of Waterloo?

“On the 29th ult. [January], aged 67 years, Mrs. Letitia Scott, Murray Street, Oldham Road [Manchester]. She was a soldier's wife and gave birth to twins (girls) on the field of Waterloo, both of whom are still living.” 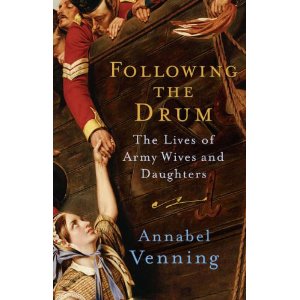 This triggered many questions. Could this be true? What on earth would that experience have been like for a woman - going through what could have been a complicated birth on this most famous of all battlefields? Did this happen at the time of the battle or afterwards?

The female experience of war during this era is notoriously difficult to research, not just because it was never officially documented but like all personal war stories is open to the problems of memory inaccuracy and myth.  A recent book on the topic by Annabel Venning, Following the Drum – The Lives ofArmy Wives and Daughters Past and Present has gone some way to enlightening us, but much of this feminine history is shrouded in mystery and especially as it pertains to the Napoleonic era.

I did glean some information about Letitia Scott, although I knew not to expect much. I surmised that having served in this famous battle, there was bound to be a lot of information available on her husband, via the Waterloo Medal Rolls and other well-documented resources.  Sure enough, I soon determined that he was Corporal William Scott of the 95th (Rifle) Regiment, or Green Jackets – now a popular regiment with re-enactment groups and also in the famous Sharpe novels. I also discovered that his medal came up for auction in 2005 and sold for £3,300 - a sum of money that would have completely beyond all comprehension for William and his family.

As to the Waterloo births, two entries do appear in the Army GRO birth indices for 1815 but they are both for a Mary A. Scott born St. Amand (Waterloo area) - a clerical error which may account for the “twins” story perhaps.

Further research via family researchers on Ancestry and elsewhere show baptismal details for two girls born two years apart, and before and after the battle date of 15 June 1815.  Mary Ann was born on 23 March 1815 and Margaret 17 July 1817.

One family tree states that Letitia was born Letitia Borr in Ireland in 1779, but that seems to be all there is on her origins.

Letitia and her husband William appear in the 1841 Census Return, living at 31 Murray Street, Manchester. The conditions in which they lived must have been dire and extremely cramped as there are 13 other individuals listed for this address. William is now a labourer, and both of them are aged 60. There is a son, also William and a labourer, aged 20 and one daughter “Maria” Scott, whose age of 25 would indicate that she is probably Mary Ann. A toddler and a baby are also listed, obviously grandchildren.

We can presume that William and Letitia Scott worked in tough conditions in industrial Manchester as everyone else in that area would have done. William lived to a grand age considering how hard his life would have been in first the army, and then the mills. He died in 1864 aged 85. In the 1861 Census Return, he was shown living with Mary Ann, whose birth is simply noted as “France. British Subject.” Not exactly correct, as in 1815 Waterloo was part of the Netherlands, and is now in Belgium, but that's a minor technicality and should not impact on the romantic notion about her birth that may very well have been much cherished or proudly boasted of in the Scott family. Mary Ann herself died in 1869.

Of what happened to her “twin” sister Margaret, there is nothing. Perhaps she died young or married and just disappeared into the great throng of Manchester mill life.

This caricature from this website for a re-enactment group for 95th Rifles. Note that all the women seem to have twins, or more! 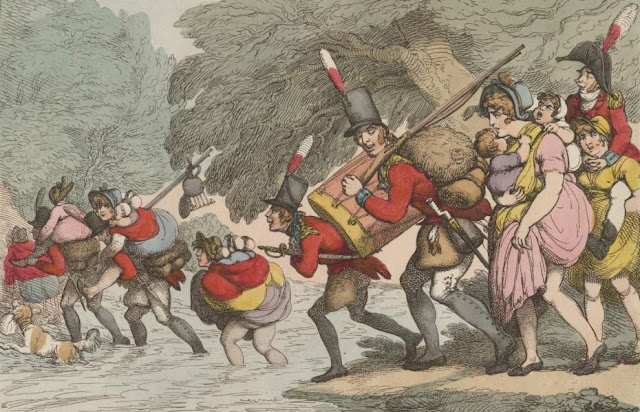 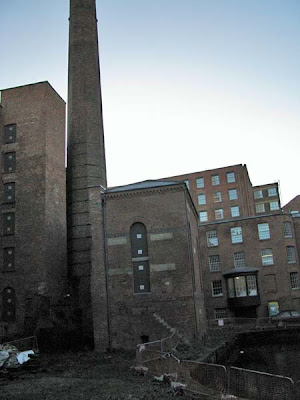 Posted by Regina of Arbeia at 7:19 PM