What the Fates have in store

Another year has ended on a rather sombre note, with tragedies in the air and at sea, yet more senseless violence perpetuated by fanatics, as well as random accidents no-one could possibly foresee. They serve to remind us that such events are always part of life and all the safety precautions in the world can't protect us against the Fates when our time has come.

In the 19th Century, before the use of modern navigation devices, travelling by sea was always rather risky and shipwrecks were commonplace. Just one such disaster that is now little-known was the sinking of the Royal Mail Ship (RMS) Teuton off the coast of South Africa. (Note: Wikipedia link is in German.) 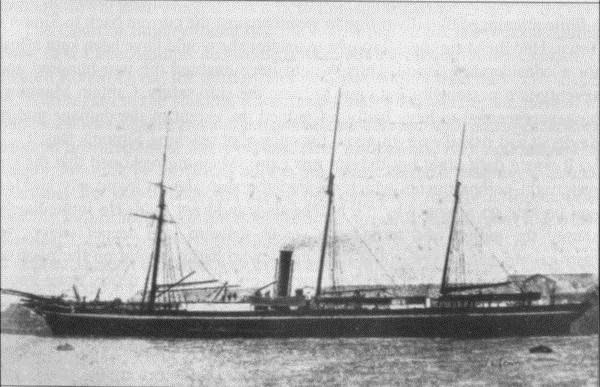 Originally owned by Robert Jardine of London and Hong Kong, she was built by William Denny & Brothers of Dunbarton and launched in 1869 as the SS Glenarty. In 1873 she was transferred to the ownership of the Union Steam Ship Company and renamed Teuton. (There are still people who believe renaming a ship is inviting bad luck!)

The ship carried 157 passengers, many of them immigrants to South Africa. She had sailed from Plymouth on 6th August 1881 and, after a stop at Madeira, arrived in Cape Town twenty-three days later. Not long after she departed Table Bay for Algoa Bay on 30th August, she struck something off Quoin Point that lies between Danger Point and Cape Agulhas.

Rather than repeating what has been comprehensively written elsewhere, please go to this South African Genealogy blog post for the full account.

Always after reading such stories, I am intrigued to know what happened to the survivors, how they coped in later years. The blog post gives us some information about the crew and other men who survived, but what about the only female, 16 year old Lizzie (Elizabeth) Ross who lost all her family in one night? One can only imagine her state, so young and alone in a strange country.

This page on the founding of the Cape Town Caledonian Society is enlightening in that it states the Society only came into being directly as a result of the sinking of the Teuton. It also says that Lizzie Ross was "... taken in by the Minister and Elders of the St Andrews Presbyterian Church in Cape Town and cared for by Mr and Mrs Runciman. She was later educated as a teacher." Genealogy searches fail to show any further reference to her, but we can only hope that her later life was less traumatic. If anyone reading this does know what happened to Lizzie, please contact me.

Presuming he is the same Mr Runicman who took in Lizzie Ross, William Runciman deserves acknowledgment in his own right. From information in The Anglo-African Who's Who and Biographical Sketchbook 1907, William was born in South Shields, County Durham, around 1858, and educated in Scotland. His father, also called William, was a Master Mariner in the Merchant Navy and later became the Dock Master at Cape Town. His son immigrated to South Africa in 1873 and worked his way upwards in a steamship agency, finally becoming senior partner. He was very interested in improvements in education and public works, was a Member of the Legislative Assembly in the Cape Parliament, Mayor several times over, and Simonstown owes much to his vision and energy. He married Elizabeth Black and had two sons and a daughter.

Images of the area in and around Simonstown

Site showing book with old photos with links to Runciman

More on the Teuton here:

Other shipwrecks in the same vicinity.