He was only nineteen


And so to the last and perhaps most poignant of the burials at Paradise Cemetery that date to the Boer War era.

George William Norton Stevens was born in Suffolk in 1881, the only son of Dr George Stevens and his wife Harriett Earl Stevens (nee Cowdell). He received his education at Epsom College and also planned to be a medical practitioner and, while in training at the Charing Cross Hospital, he volunteered with the Royal Army Medical Corps for the war in South Africa. His family home at Prospect House, Norton, Suffolk is now a Grade II British Listed Building.

Several of the official records state he died "of exhaustion", which is rather vague, and hints at overwork possibly being a factor. In the following two letters to his sister as reproduced in the Bury Free Press, it seems his illness began with a sore throat and in those pre-antibiotic days all too easily developed into a major infection.


DEATH OF A SON OF DR. STEVENS,

We regret to learn that the death has taken place in Rhodesia, of the only son of Dr. Stevens, of Norton, who went out on active service. We give below two letters which have been received by Miss Stevens, of Norton, from two of his comrades, who speak in the highest terms of his work with the forces. The receipt of these letters was the only intimation which the relatives received of his death, as they did not even know he was ill. We are quite sure that the sympathy of the whole locality, and of all who knew the deceased, will go out to his parents and relatives in their great trial and the altogether irreparable loss which they have sustained. The letters referred to are as follows:-

Dear Madam, - No doubt by the time this letter reaches you you will have heard of the sad news about your dear brother, who passed peacefully away on the 28th of July. He had been ill for about five days, and up to the third day we all had hopes that he would pull through, when he took a turn for the worse and became very weak. Although he was unable to speak during the last two days of his life, he was able to write down on a piece of paper what he wanted. I do not think he had much pain, the end came peacefully about 12 o’clock on the 28th, when he passed away in his sleep; so peaceful was the end. We all feel for you and his people in your great loss. He had endeared himself to all who he came in contact with in the discharge of his duties or otherwise, which duties were always faithfully and conscientiously performed. He was buried here on the 30th with full military honours, the Surgeon Captain reading the beautiful burial service of the Church. Around the grave were grouped detachments from every regiment in the camp, men who came on their own accord to render that last tribute of friendship and respect which he had won for himself whilst in the service of his Queen and country. A monument will be erected over his grave by us. To you and to his people I tender my sincere sympathy. You have lost a loving brother and I have lost a comrade good and true, and I pray that He who orders all things for the best will comfort you in your sorrow and bring us all nearer Him, and that the day is not far distant when we shall be reunited with those we have loved and lost for a while.

I beg to remain, madam, yours faithfully,

Dear Miss Stevens, - As I joined on the same date, and came out to South Africa as hospital assistant with your brother, I am sure you will excuse me for thus writing you. All through the voyage out, the stay at Cape Town, and subsequent stay here, we were great friends, and in fact he was greatly liked by all the hospital staff and patients, especially latterly, when he took the post of dispenser. It is, therefore, with great regret that I have to be the writer of bad news. The dear fellow fell ill on July 23rd with a sore throat, which gradually grew worse, and in spite of all the attention all here could give, which I assure you we gave, and to the infinite grief of all, sank weaker and weaker till at 12 o’clock midnight on the 28th he passed peacefully away to his heavenly home. I cannot express the grief of all here at the loss of so good a friend, and all wish me to condole with you in such a terrible bereavement, and wish me to express their sympathy with his relations.He was buried with due honours on the 30th, and we are seeing that a cross with inscription is mounted, as showing our regard for a dear departed friend.His death was due to tonsillitis. Having to write this bad news, I hope you will rest assured that we all did what lay in our power for your dear brother, and accept our deepest sympathy for your great loss.


George was only nineteen years of age when he died - a life with so much promise to do good and help humanity cut short - just as would happen over and over again in all the subsequent wars of the 20th Century.

Even as I stood beside his grave all those years ago and wondered who he was (see my initial blog post here), young soldiers aged nineteen were dying only a few miles away as another protracted war raged around us. That was the Rhodesian Bush War - or the Second Chimurenga - another African conflict that has slipped into the byways of history even though there are still many alive today who served in it and have been left to carry its scars with little sympathy from the world at large.

This song by the Australian band Redgum is about another unpopular war in Asia that ran parallel to the Bush War during the 1970s. This was the Vietnam War when other young men were conscripted and sent to fight and die on foreign soil. "I was Only Nineteen".  Its strong anti-war message remains relevant.


George William Norton Stevens is commemorated in the Chapel at his old school Epsom College on a plaque that was unveiled by Winston Churchill in 1903. There is also a beautiful stained glass window dedicated to former students who died during the Boer War. 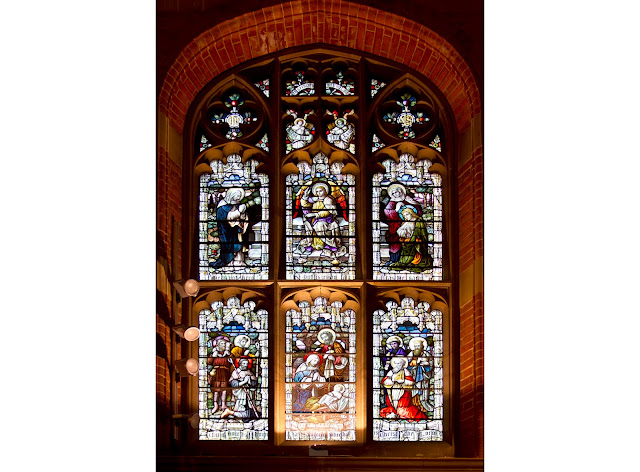 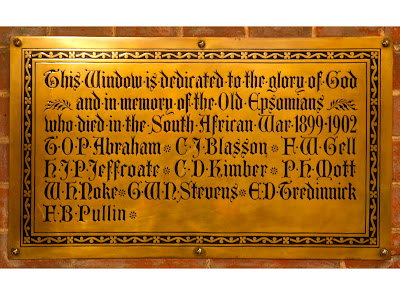 
All posts in this series on Digging the Dust

Posted by Regina of Arbeia at 1:04 PM