The Kings of Photography (1)

“Dear friend Downey, you are the king of photographers and the most amiable of men.”
[Sarah Bernhardt, 1886]


William and Daniel Downey were pioneers in photography in mid-Victorian Britain. They took many thousands of photographs including some of the most memorable images of the most important individuals of the age, as once described in the Pall Mall Gazette, of -

In 1901, when Mr William Downey was awarded the Royal Victorian Medal by King Edward VII, an article was written in the Shields Daily Gazette giving some background to their story and how they came to get involved in photography at the highest level of society.

William Downey was born in South Shields, County Durham, in 1829 and worked as a ship’s carpenter at the Middle Dock in Holborn and his brother Daniel, born in 1831, was a shoemaker. The 1851 Census Return shows them living with their widowed mother and sister at 13 West Pan Street. (Many early images of this area such as the one below can be browsed at South Tyneside Historic Images)

By the middle years of the 19th Century, ships made of wood were being replaced by those of iron and carpenters were suffering more and more “slack time” between jobs. One day William chanced to drop into the chemist shop in Green Street, owned by a Mr Oates, who had become keen on the new invention of photography and was in the process of photographing a member of local publican Thomas Curry’s family. Much excited by what he saw, William went home and told Daniel about the “remarkable feat he had witnessed”. The brothers returned to Mr Oates where they had their own sitting and were then able to watch the amazing development of their portrait on the plate. 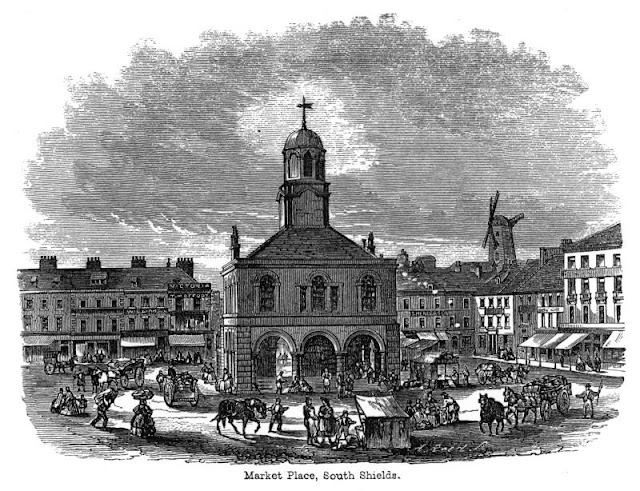 Within a very short time, the brothers had set up their own photographic saloon in the Market Place, between St Hilda’s Church and Chapter Row. Some of their earliest customers included the local Member of Parliament, Robert Ingham, members of the Town Council, the Vicar of St Hilda’s and other local dignitaries.


Their big break came when a Royal Order was sent by Queen Victoria, who was equally fascinated with the new photography process, commanding them to furnish Her Majesty with a series of photographs of the scene of the nearby Hartley mining disaster. Having recently become a widow herself, the Queen had great sympathy for the wives and families of the more than 200 men who died in the disaster.

The success of this commission led to a new studio branch in Eldon Square, Newcastle, then Ebury Place, London. William Downey was commanded to take photographs of Alexandra of Denmark, the new bride of the Prince of Wales, and subsequently made regular visits to Balmoral and other royal residences to take photographs of other members of the royal family. Queen Victoria sat for the firm of W. and D. Downey numerous times. Many of her relatives all over Europe also became the subjects of Downey photographs. 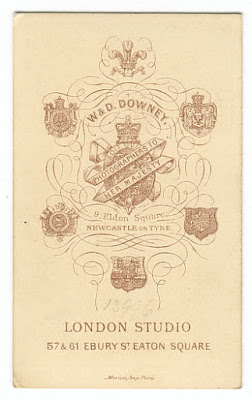 The lesser-known eldest brother in the family, John Downey, also became a photographer and set up an independent family business, with his studio located at 17-19 Eldon Street, South Shields.

In later years, William Downey became interested in very early moving pictures. Follow the link to see the famous piece of film of the Queen and family at Balmoral which was made by him late in 1896.

The secrets to the success of the brothers probably included a touch of natural Geordie wit and charm and William became known for his ability to make his often stiff and stuffy subjects relax and even the austere Queen was able to smile and laugh in his presence. Daniel died in 1881 but William continued to be involved in his business well into his eighties. He died in 1915.

Many famous photographs, including some of those below, are still copyrighted by Getty Images. And literally hundreds more are to be found in  The Royal Collection as well as the National Portrait Gallery and the Victoria and Albert Museum and various other photographic archives around the world. 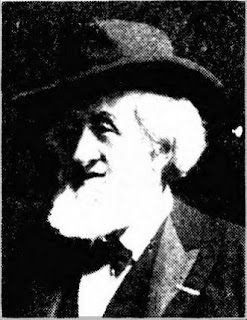 It is ironic that if any photographs still exist of William himself, or his brother Daniel, or any members of their respective families, they don’t appear to be easy to access. This fuzzy one of the dapper William in old age comes from an early 20th Century newspaper report.

This web source carries a double exposure image of a man they suggest might be the eldest brother, John Downey, and it could be that among the images of unknown sitters in Downey collections around the world some are, in fact, of William or Daniel or their family members.

It is surprising that the brothers do not appear to have ever been the subject of any serious academic study or a comprehensive published biography, especially given their preeminence in the field of early portrait photography. It could be they purposely kept their private business out of the limelight due to their close connection to people in high places and a Queen who would not have been amused had she been informed on certain aspects of their personal lives ... more on that to come in the next post!

Some information on processes used by W. and D. Downey can be read in the Encyclopedia of Nineteenth-Century Photography

More glamour girls of the age at Cabinet Card Gallery.

Posted by Regina of Arbeia at 3:09 PM