With his hounds and his horns in the morning ...

My interest in folk tunes has led me on another investigation and turned up a surprising Australian connection.

﻿﻿"D'ye ken John Peel with his coat so grey [or] gay ..." has been sung by generations of choirs and was especially popular around the Empire as the most quintessential of all English traditional songs. Now it has now fallen on hard times and is politically incorrect, associated as it has been with the bloodsport of foxhunting which is now banned in Britain. An entry in the Australian Dictionary of Biography gives a summary of the man who wrote the words, John Woodcock Graves who ended up in Tasmania.

As well as a sometime lyricist, he was also a landowner and an "eccentric", although it seems he wasn't a likeable character, even being described as "a most violent and dangerous person and certainly unfitted to be at large".

In some recollections from the New Town, Tasmania, Orphan School at St John's Park Precinct, this entry doesn't paint an endearing picture of the man:


John Woodcock Graves, remembered for composing the song 'D'ye Ken John Peel' had four children in the orphanage. Abigail was there for seven years, Isabella for nearly four, John junior and Joseph for four years. John junior, became a lawyer and Joseph an owner of saw mills. Both the 'Australian Dictionary of Biography' and Wikipedia's articles on the father, fail to mention the orphanage connection. The Wikipedia entry states: 'His fortunes varied but he was able to give his children a good education'.

This Dickensian image of Graves in old age is from the State Library of Victoria collection. 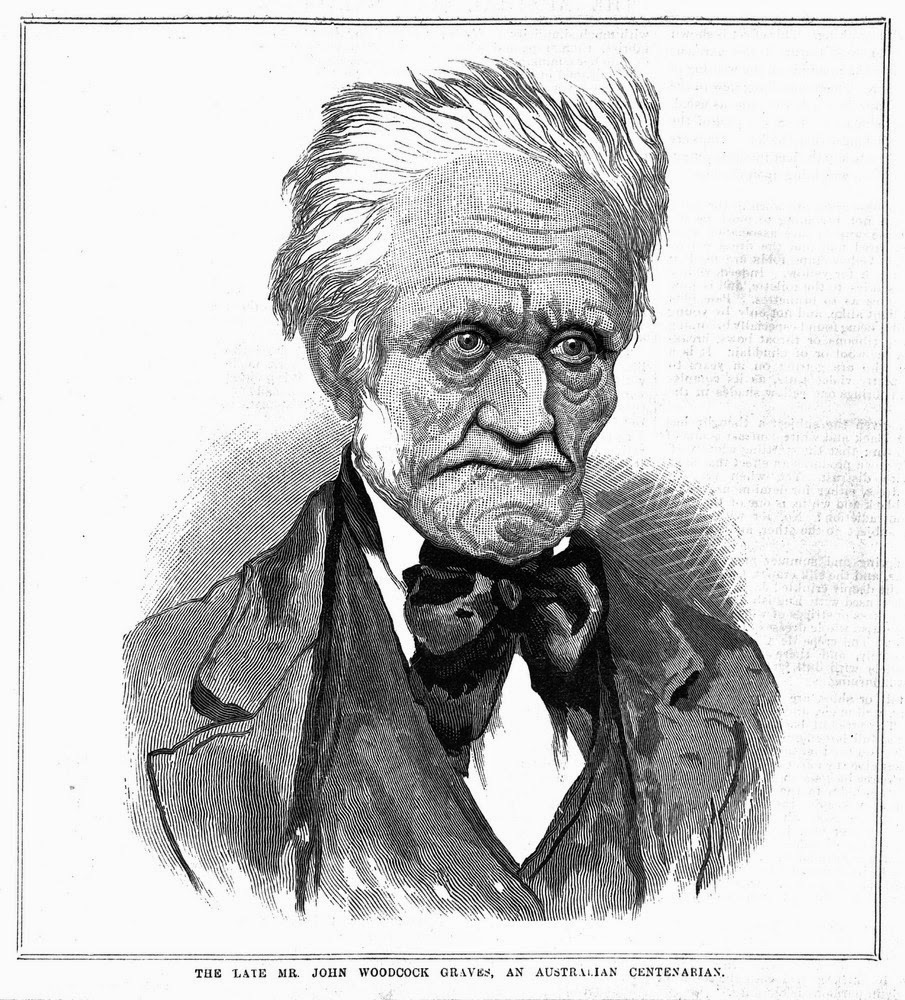 And did John Peel have a "grey" coat or a "gay" coat? As a child I'm sure I sang about his coat "so grey" rather than "so gay" which seems more logical on the assumption that hunting coats were bright red (confusingly called "pink") and surely had to be gay rather than grey! But others suggest that "grey" is correct and a Cumbrian dialect word - and this popular image of John Peel would bear that out.  No matter which, and although the famous foxhunter is no longer esteemed, his image is still popular on jugs, mugs, china plates, etc. and he continues to be part of the Doulton collection.

As to the way the song should be sung, here is a good old-fashioned choir rendition in the British Pathe film archives by the Paramount Mastersingers of 1933 (it sounds like they use "gay" in this instance).

Posted by Regina of Arbeia at 1:08 PM